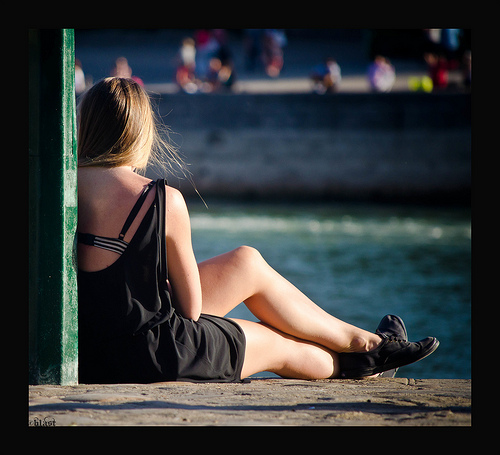 I want to pick up where I left off, with the whole God thing. I don’t know whether you believe in a God or not, and I know the saying, “there are 3 things you don’t talk about, money, politics and religion,” but God is a major part of my story and if I leave him out, the story doesn’t make sense.

My Dad believes in God, but doesn’t go to church. We don’t talk about it, and until 6 months ago I had no idea that he did, but he does, and he believes that God loves us. My sister used to come to church with me, but she says she doesn’t believe in God. I don’t believe her. I’ve found paintings of the cross in her bedroom, and she’s been known to explain to her friends that God loves and accepts them just the way they are. I think she’s frightened that if she admits that God exists she’ll have to jump through hoops to please him, or that she won’t be good enough so he won’t accept her.

Please don’t think I’m being desperate by assuming this about my sister; I know these are issues that she’s had to deal with in other areas of her life growing up and it stands to reason she’d have to face them when considering the possibility that God exists. They are issues that I’ve had to face – am still facing – with God too, and sometimes I’ve thought that it would be easier to believe that God doesn’t exist than to believe that he could love me and accept me as I am. I guess I’m afraid that God will decide I’m not good enough for him, and reject me.

I don’t think my Mum believes in God, and now she’s dying, that raises a lot of big questions for me. Like what happens when she dies? If she doesn’t believe in God, where does she go? Will she go to Hell? Will I ever see her again?

Some Christians are very clear in what they believe about Heaven and Hell, but I’m not so sure. If God is all-loving, how could he create someone and then condemn them to an eternity of suffering? It just doesn’t add up.

In some of my future posts, I will be asking more questions about God and exploring different ideas. Please feel free to join the discussion and add what you think to the comments below.

One thought on “The God Dilemma”